Gary Smith scores back to back 100s

As far as i can tell (looking through the stats), only 7 other Frimley players have managed to score back to back 100s. Well done Gary! 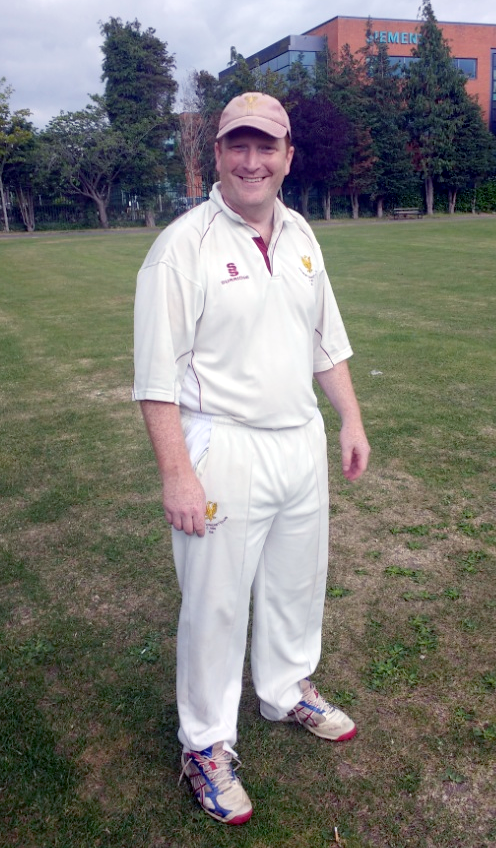 Every Saturday from 11 January to March 29th

A lot of hard work has gone in to getting a new nets facility at Frimley CC, and i think you'll agree with me that it is fantastic to finally see them being built!!! Keep a look out for further updates/news/more pictures. 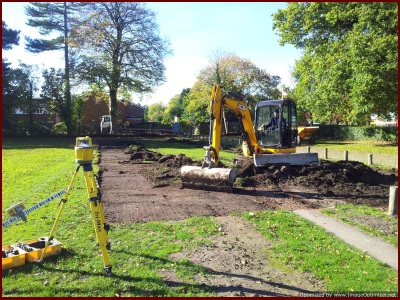 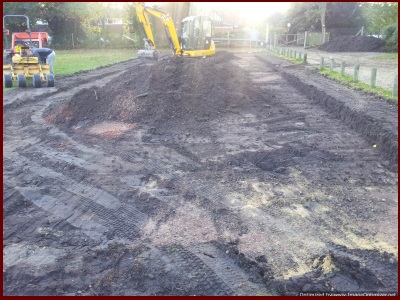 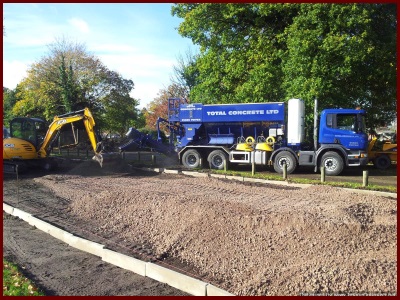 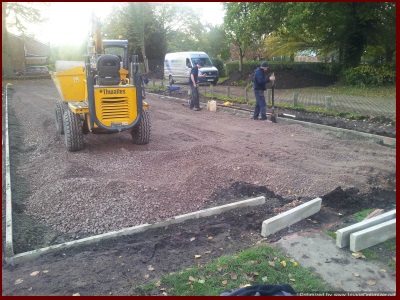 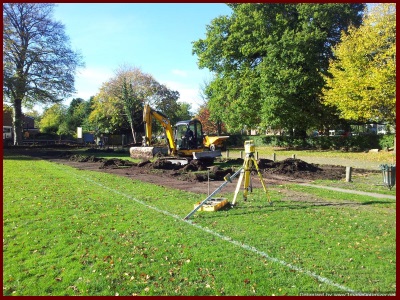 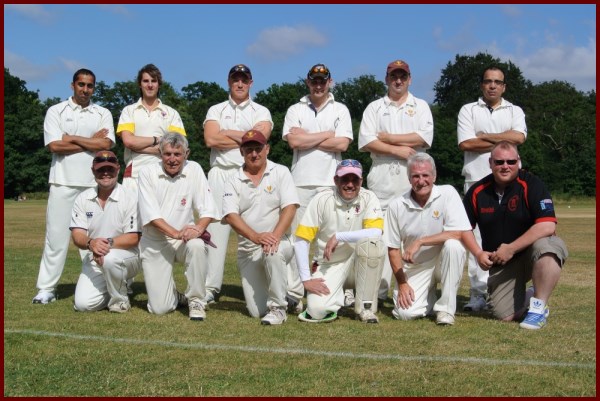 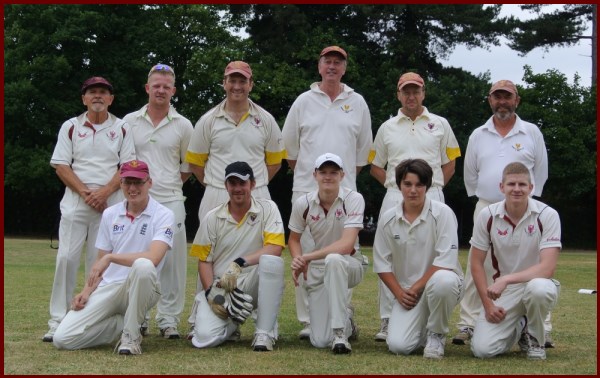 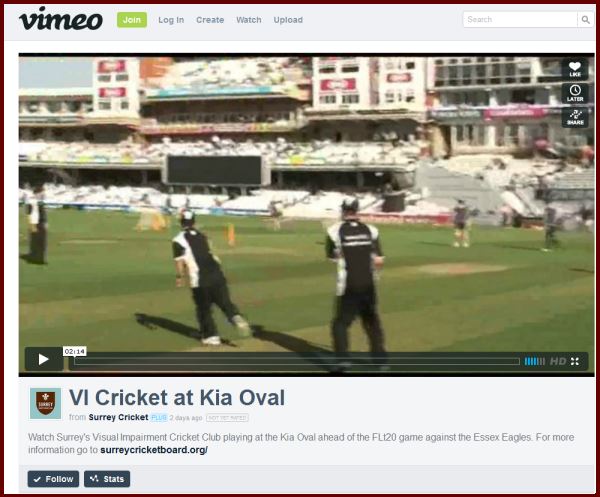 3rd XI were at home to Tongham, bowling Tongham out for 155, Qayyum & Wildsmith both taking 4 wickets. The runs were then chased down, Dunford 42, Bunting 30, Maynard 24. 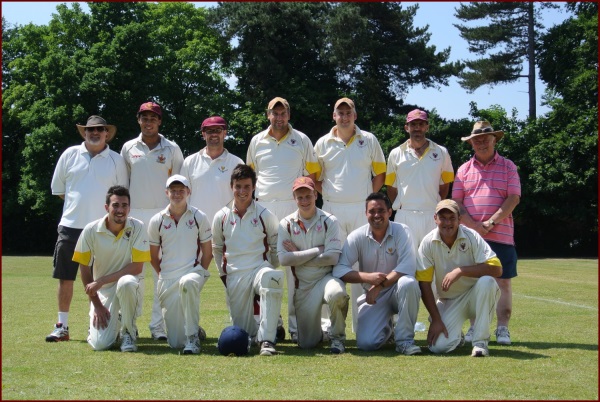 Frimley hosted Long Ditton and on a blistering hot day the opposition took the decision to bat first. The pitch was flat and the outfield lightning quick they posted a competitive but not out of reach 238/6 off their 52 overs. Carroll the pick of the bowlers with 3 for 54 off 20 overs.
With 42 overs to get the total Frimley's start didn't go to plan as they were reduced to 12/2 before Hebditch started to despatch the ball to all parts for a well played 66. His dismissal left Frimley at 113/4 which brought Gomez to the crease to join Phil Lion who put on 80 in 10 overs Gomez scoring 29 and Lion making a match winning 71 before his departure. Needing 2 runs to win Frimley lost 3 wickets before young Burrows stood tall and flicked the ball off his legs for 4 to win the game.

Sunday saw Frimley host Lingfield in the Quarter final of the league cup. Having been successful the day before Carroll put Lingfield into bat and said we will chase anything. Lingfield set Frimley a massive 281 to win from 45 overs. When Hebditch departed for 45, Frimley needed well over 200 runs off 35 overs; up steps Keep 118* and Gomez 78 to knock them off as they smashed the ball to all parts of the ground before their 152 run partnership was brought to an end with Frimley needing 45 to win with 10 overs to go. Having sat with his pads on since the 3rd over Phil Lion stepped the crease and smashed 21* to help the Geese ease to the required total with 5 overs to spare.

Check out the score book page, for full details

Fantastic News, from Frimley CC - the club is very proud to announce that it has received a significant boost from the England and Wales Cricket Board towards the new nets facility. The ECB has awarded the club the £20,000 needed to complete the project!

However we still need to raise a further £2,000 for the Bowling Machine and Security measures.

The club would like to thank Sharon Eyers, Richard Hall from the Surrey Cricket Board, along with Chris Whitaker from the ECB who provided immense support to our chairman in raising the £31,000 in grants, which will provide the best practice facility in the area.

Look out for further information shortly, but please, do think how you may be able to help raise that little bit more we need over the next two months., whether its selling Draw tickets or supporting the clubs socials... as somebody else says...
"Every Little Helps"

Frimley bowled out Warlingham for 130, and then chased down the total in about 15 overs, only losing 1 wicket in the process. John Hebditch taking 74 with the bat, whilst Andy Lion took 3 wickets with the ball (for a full breakdown, check out the score book page).

And finally... who is that behind the stumps in the pic below? Yep, Neil Pretty put the gloves on after Gary Durham retired injured early on in the innings! 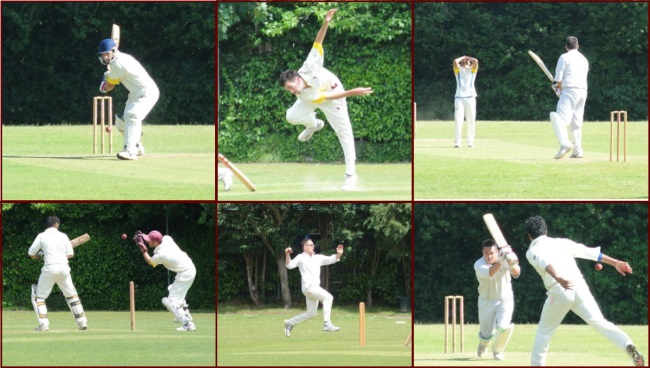 Frimley 3rd XI took a great win off Grayshott on Saturday, scoring 265 batting first, with Jon Hanson 113 (his first ton for Frimley!!!), and Gavin Durham 75 not out. Frimley then bowled out Grayshott for 135 with Raza taking 3 wickets, with Qayyum, Wildsmith and Bassett also taking wickets.


This Sunday, 12th May, Frimley CC are proud to be hosting Surrey's first competitive Visually Impaired (VI) Cricket match against Kent, 1pm start. The two teams will also be joined by John Garbett, Development Director for Blind Cricket England and Wales (BCEW) and a member of the England VI Cricket squad.

Why not pop along and experience cricket with a little difference


Cricket with a Difference - come along and see something a little different this weekend. On Sunday April 21st from 10am Johnny Hebditch will lead a Frimley representative team kitted out with blindfolds and Simulation specs to take on the Surrey VI Team in a Twenty20 challenge game at Chobham Road.

Congratulations to Gary Dunford, Rob Fryer, Alex Watson and Richard Turnbull who all passed their UKCC2 Coaching assessment over the weekend. This terrific news means the club now has 11 ECB qualified coaches compared to just the one three years ago.


Following last week's exceptional news about becoming a Focus Club, I am very pleased to follow this up with confirmation that the Trustees of Surrey Cricket Board have awarded us a grant of £3,000 towards the net project. This fantastic news means we now have over £23k raised towards bringing proper practice facilities to Frimley.

The club is still pursuing other grants but it is vital that we explore every possible angle for fundraising or donations of whatever size. Many companies have a budget for making a community donation, could you ask your employer?, just four donations of £500 is another 10% of our target. Please do everything you can and if you need any further information please let myself or any member of the committee know. 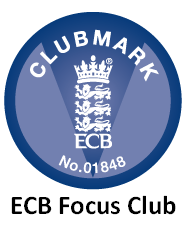 Frimley CC is proud to announce that we have been awarded ECB Focus Club status in recognition of our continued dedication to developing cricket in the local area.

Focus Clubs are part of a strategic plan from the ECB, each county has been directed to identify and select a small number of clubs that can help deliver the objectives and development plans of both the ECB and County Board. The ECB, County Board and Focus Club will work in partnership to deliver agreed high quality outcomes to maximise the development of cricket in the geographical area.

It is really phenomenal news that, just 6 months from receiving Club Mark accreditation, the ECB & Surrey Cricket Board have considered and selected the club for the prestigious award


Frimley's work with Surrey continues to receive recognition, please see the link below for an article from the current edition of Heathscene (page 11), Surrey Heath's magazine delivered to 36,000 homes across the Borough

The article was sponsored by Councillor Ian Sams 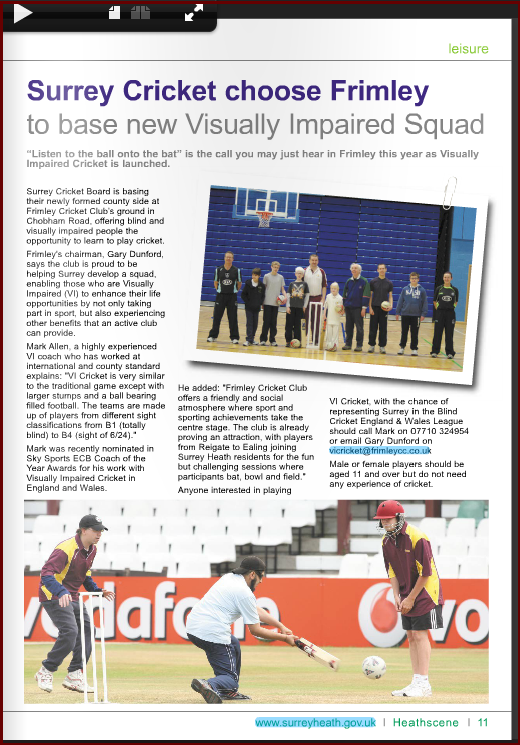 We have been invited to host the Surrey Heath Region 2013 Kwik Cricket competition by Surrey. Please see the dates below, these are both weds from 2-5pm

HAPPY NEW YEAR TO YOU ALL